Metadata for this article

Hint: Cloud Functions for Firebase are currently in beta state.

What do you learn in this article?

Where do I find the sample project?

You can find the sample project on my Github page: Sending FCM Push using Cloud Functions for Firebase.

Sometimes, if you are an Firebase developer you have a very similar problem to mine. You’re writing data into the Firebase database and if data is written you want to send a push notification through FCM (Firebase Cloud Messaging).
The problem was, that you cannot directly send FCM messages triggered by a database event, so you have to develop an additional service, like a NodeJS server which handle this for you. On my point of view this was against the concept of Firebase. The main target of Firebase is replacing the backend for developers. So they only have to develop their frontend (web) app. Until now.
At this year’s Google Next Conference, they announced Cloud Functions for Firebase. This is a huge step forward for Firebase, because we now have a way more possibilities for implementing new behaviours into our apps. 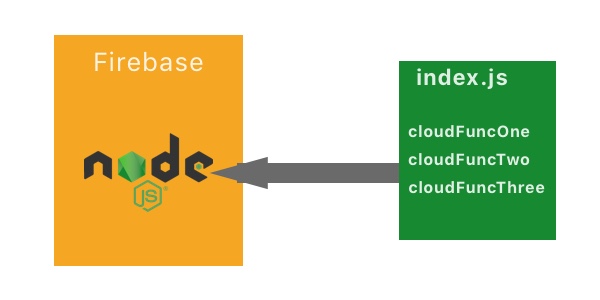 In a Cloud Functions project you have one or more entry points (functions) which are executed by your trigger. Inside your function you could basically run everything which also runs inside NodeJS. But you have to keep in mind, that this functions are triggered by an event. After the function is executed the instance of this function is gone.
Following triggers are available in Cloud Functions for Firebase:

For more information on Triggers, have a look into the documentation.
In this article we’re going to use the database triggers.

Before we’re able to write cloud functions, we have to install the Firebase CLI locally.

Hint: If you don’t have installed NodeJS on your development machine, please install the latest version.

You could easily install the CLI using npm:

For our project we’re going to reuse the project from the last article Ionic 2 and Firebase Authentication.
We’re expecting that we have the following data inside your realtime database:

We have two types of objects: projects and users. Users are simple. The id is the UUID of the authenticated user and also the email. pushToken contains the registration token of the device which belongs to the user.
projects contains my current to dos with a title and a done flag which cloud be false (not yet done) or true (already done).

Now we want to use the Cloud Functions for Firebase to send a push notification to the user, every time a new project is added or the state (done flag) is changed.

Before we’re able to implement our cloud function, we have to create a new Firebase function project. To generate a new project, we’re going to use the Firebase CLI.

During the generation the CLI asks you a few things about your project. For example for which Firebase project you’re going to implement these functions: 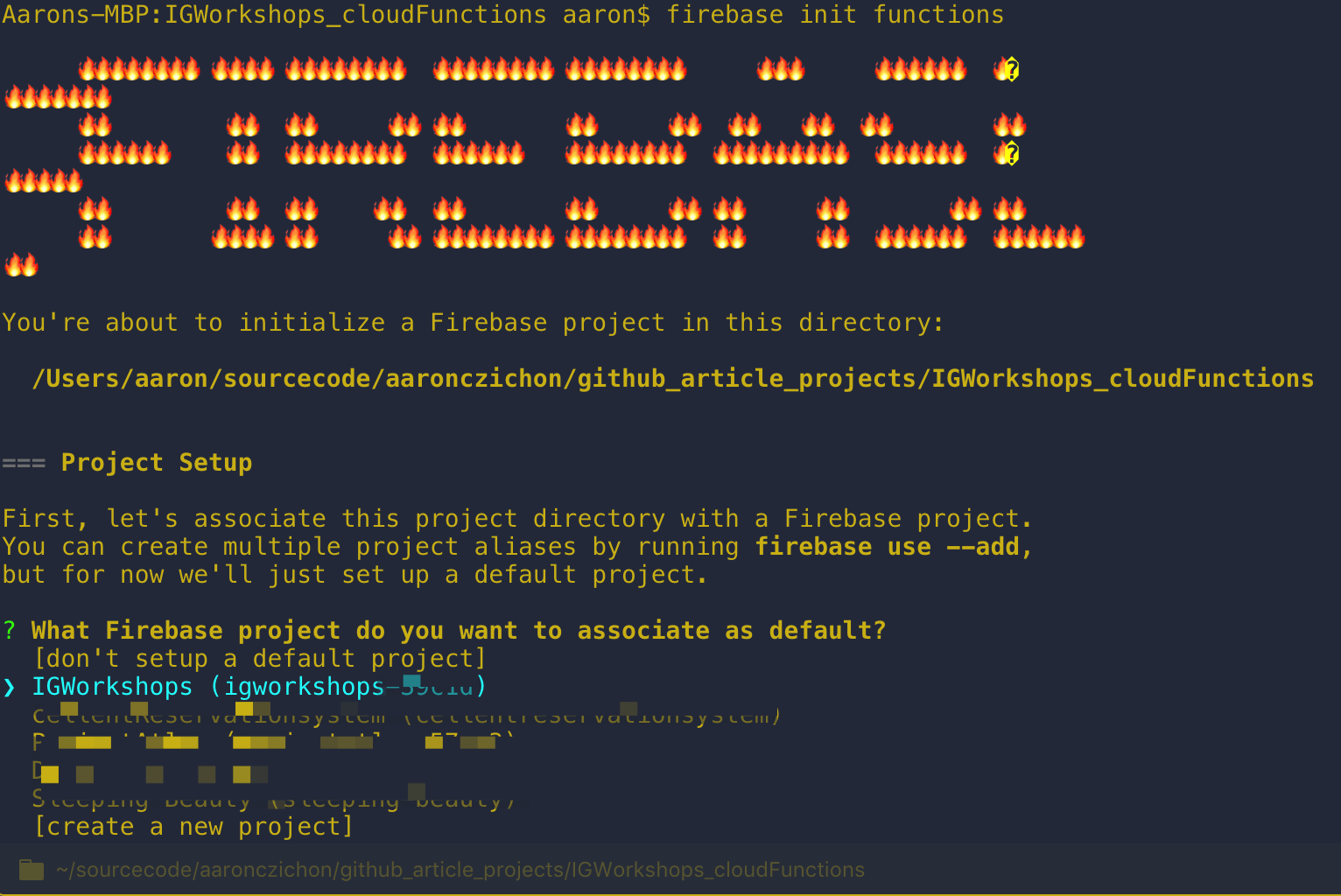 Hint: If you’re asked to install the node modules, answer with yes.

If everything went fine, you should get something like this:

If the project was successfully created it has generated a few files for you.

firebase.json should be empty by default. This is the file for project properties which are maybe later needed during your implementation process.
index.js is your main source file for your cloud functions. In our case, we’re going to implement our function here.

As you can see inside the package.json file, the Firebase CLI adds firebase-functions and the firebase-admin SDKs by default. You’re now ready to handle your Firebase project by cloud functions.

We’re switching now to the index.js file (inside the functions folder) and creating our first cloud functions.

Now we want to implement our functionality inside this function. First of all we’re going to check, after the event was triggered, if the data exists before or if it’s a new project. So we’re accessing the the data on the event parameter. This data object has a property called previous. previous gets the node before the current triggered change. It’s a great possibility to check for changes on a node.

Before this check we’re no going to read the changed or created data into a variable.

Now we’re going to extend the function with two new variables. One for the changes on the project state and one for a new created project.

Now, if the project hasn’t exists before, we’re setting projectCreated to true.

That’s all for the decision if the write request was for a new project or a state change.

In the next step we now adding the Firebase Admin SDK which is already a npm dependency and initialize it. The benefit of the cloud functions are, that you don’t have to setup the admin SDK because it’s already running inside your Firebase project, so you simple import the config of Firebase Functions SDK.

Before we start loading the users push token and sending the push notifications, we need to define the push messages. Inside our trigger functions after the decisions we’re now implementing the messages for newly created projects and project state changes.

If the message for the user is all set, we’re going to load the users push token. For this we’re creating a new function.

This function, which returns all users, we’re now calling from our event/trigger function.
After we called loadUsers(), inside the then return of the Promise, we’re now sending the push notification.
First we create an array which contains all the push tokens.

So now we’re able to use the Firebase Admin SDK for sending the push notifications.

Hint: Every cloud function has to return a Promise because they are called asynchron.

Here is the full implementation of the cloud function.

After a successful deployment, you should get something like this.

Hint: If you want to have a good logging, which is shown inside the Logs tab of your Firebase Console, add console.log statements to your cloud function.

Second Hint: According to the comment of Ovidiu Anghelina, I want you to know after deploying your functions you’re able to fully manage them inside the Google Cloud Dashboard. Inside this dashboard for example you’re able to test the function and you get better logging of error messages. You can also have a look at the function code of your project.